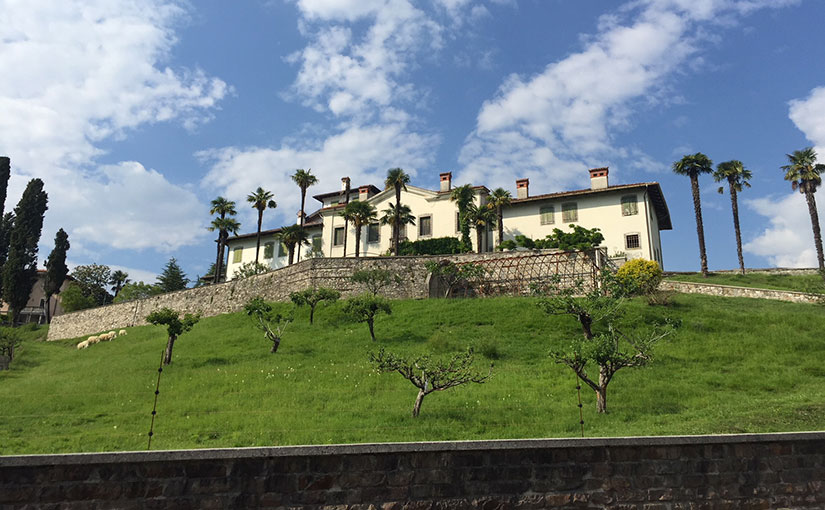 Pietro Zai (1855-1936) was a well-known person in industry and politics. He is the son of Paolo Giacomo Zai and Madalena née Colombo. The family came from the Venetian aristocracy and lived in the Villa Angeli in Tarcento in Friuli, Italy, since 1725. Pietro Zai studied in a private school in Lugano and in 1881 he moved to Canton Thurgau as a trainee in the company Bébié. He studied at the Polytechnikum in Zurich. In 1882 he married Katharina Kappeler and took over the management of the spinning mills. He modernised the spinning mills and built the first hydroelectric power stations and electrifications for various companies. After the death of his wife Madalena, Pietro and his son Pierre moved to Kerns in Obwalden. There he married Monika Durrer, born and raised in Kerns. He initiated the Kerns power station and held various political offices. Pietro died in 1936 and was buried in the tomb of his own chapel on the family’s propriety, in the Nideich in Kerns. His son Mario Zai-Bussmann ran a garage in Lucerne and was a passionate hunter. His children Peter, Bea, Anita and Mario attended schools in Lucerne. Mario was disabled his whole life after a difficult birth. His retired son Peter died of serious injuries caused by a robbery in a hotel room in Bangkok. Anita met Werner Weibel at an early age in Maihofstrasse, where they founded a family with two children.

Daughter Bea travelled the world at a young age. At the age of 18 she looked after the children of a rich family in Mexico and took this opportunity to take part in a race with the family’s Buick to Acapulco and Veracruz. Back in Switzerland, she ran the Weber photo shops in Lucerne and later the school office in Kerns. Bea gained great popularity as a freelance journalist for local newspapers. She lived with her beloved dogs in the villa of the Zai family in Nideich, Kerns. Due to

Lyme disease, which was transmitted by a tick in the Kernwald forest and wrongly treated initially, increasingly restricted her creative power; she had to reduce her journalistic activities and devoted herself wholeheartedly to her garden.

Dr. Karl Kiser, President of the Foundation Board